A September 2014 report on social justice and technology.

As this report goes to print, a tragedy is unfolding in Ferguson, Missouri, where Michael Brown, an unarmed African-American teenager was fatally shot by Darren Wilson, a White police officer. In the months to come, federal and local investigations will seek to determine what happened during the encounter between police officer and civilian. 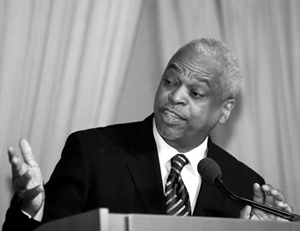 Consider how differently these investigations might have gone had Officer Wilson used a body-worn camera to record his interaction with Mr. Brown. With strict measures to ensure proper protocols are in place, such cameras can be a powerful tool for police oversight and accountability, as well as to address longstanding deficiencies in police practice that disproportionately impact communities of color. The police in Ferguson have now rolled out such cameras, and a growing number of departments around the country are doing the same. These changes come too late for Mr. Brown, but they will help to make police more accountable for their conduct going forward.

You might call this a big data issue. Or you might say it’s about criminal justice reform.

Whether we use the language of big data or civil rights, we’re looking at many of the same questions. And that’s why this report is so important.

Big data can and should bring greater safety, economic opportunity, and convenience to all people.

Big data can and should bring greater safety, economic opportunity, and convenience to all people. At their best, new data-driven tools can strengthen the values of equal opportunity and equal justice. They can shed light on inequality and discrimination, and bring more clarity and objectivity to the important decisions that shape people’s lives.

But we also see some risks. For example, inaccuracies in databases can cause serious civil rights harms. The E-Verify program, the voluntary, government-run system that employers can use to check whether new employees are work-eligible, has been plagued by an error rate that is 20 times higher for foreign-born workers than for those born in the United States. E-Verify has been under development since it was first authorized in 1996, uses data only from one fairly homogenous source—the government—and is frequently audited. Yet after nearly 20 years, persistent errors remain. This experience provides an important lesson for existing commercial systems, which are fairly new and untested, use data from widely different sources, and operate with no transparency.

In February 2014, The Leadership Conference on Civil and Human Rights joined other civil rights and media reform organizations in endorsing the Civil Rights Principles for the Era of Big Data. These principles represent the first time that national civil and human rights organizations have spoken publicly about the importance of privacy and big data for communities of color, women, and other historically disadvantaged groups.

Through these principles, we and the other signatory organizations highlight the growing need to protect and strengthen key civil rights protections in the face of technological change. We call for an end to high-tech profiling; urge greater scrutiny of the computerized decisionmaking that shapes opportunities for employment, health, education, and credit; underline the continued importance of constitutional principles of privacy and free association, especially for communities of color; call for greater individual control over personal information; and emphasize the need to protect people, especially disadvantaged groups, from the documented real-world harms that follow from inaccurate data.

In the coming years, the use of data will have a greater and greater impact on the lives of all people in the United States. To ensure that big data serves the best interests of each of us, civil rights must be a key part of any public policy framework. This report is a critical tool for ensuring that the voices of the civil and human rights community are heard in this important, ongoing national conversation.